Libyan-American journalist Noor Tagouri was misidentified in Vogue as Pakistani actress Noor Bukhari, 36. Tagouri, 24, tweeted a video on her elation and disappointment on seeing the error. Now we learn the magazine has done it again, this time with Crazy Rich Asians stars Gemma Chan and Tan Kheng Hua.

In the video above, Noor Tagouri describes her ethical values as “pioneering, tenacious and religious.” She had read Vogue since her teen years and was elated when she was asked to pose for the magazine.

The Pakistani-English newspaper, The Express Tribune, published profiles of the two women in an account of the misrepresentation. 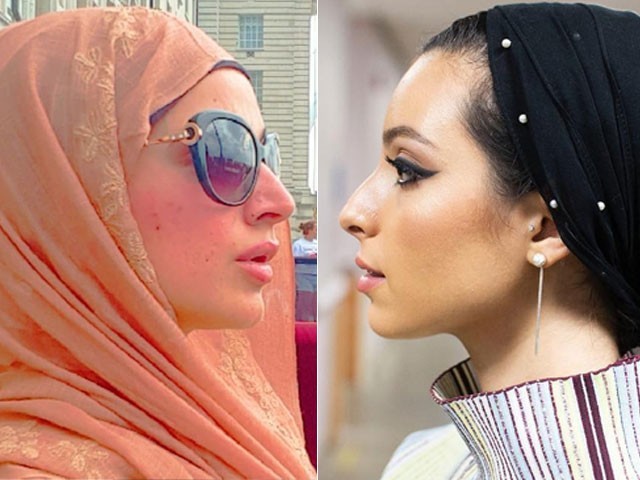 In an emotional post Tagouri wrote, “I’m so heartbroken and devastated. I have been misrepresented and misidentified multiple times in media publications — to the point of putting my life in danger. I never, ever expected this from a publication I respect so much and have read since I was a child.”

To view Tagouri’s emotional reaction as she came upon the error, click the photo below.

Yahoo News reported that the misidentification issue happened again, this time with Crazy Rich Asians stars Gemma Chan and Tan Kheng Hua. It happened during fashion coverage of the Screen Actos Guild Awards. The gaffe was noted by Diet Prada on Instagram.

The magazine corrected the latest error without apology.

Its apology to Noor, however, lacked two of seven basic ethical components of a correction, as described in Living Media Ethics:

In attempting to address the cultural problem of such a mistake, the magazine stated: “We also understand there is a larger issue of misidentification in media–especially among nonwhite subjects [emphasis added].”

Some viewers on social media criticized the use of the term “nonwhite,” wondering why the magazine didn’t simply say “people of color.”

According to the Pew Research Center, 49 countries have populations in which Muslims comprise more than 50 percent, with Nigeria projected to become the 50th Muslim-majority country by 2030.

The new edition of Living Media Ethics (Routledge 2018) dedicates a chapter on bias and stereotypes of Muslims and other ethnicities as well as addressing inclusivity and diversity in other chapters associated with advertising, public relations and journalism.